How do I grow these greens?

How do I grow these greens?

These are the things from your list that I grow, Nan- my last hard frost usually comes around May 15th.

- Cilantro needs to be sown outdoors- April 15th is my early sow date, and I succession plant every few weeks because it bolts quickly as the weather warms. I never had luck growing in a pot or transplanting. If you let some of the plants self-sow, you will have plants overwinter but they do bolt quickly in the spring.

- Lettuce can be started 6 weeks ahead of setting out (I usually can set transplants out about April 7), or you can sow seed outdoors any time in late winter/early spring and they'll pop up when they're ready. Keep sowing small amounts every 10 days to 2 weeks for a continuous supply.

- Radicchio can be started indoors and transplanted out here when the weather breaks- about April 7- when the brassicas, onion transplants and lettuce get set out.

- Spinach does better for me when I direct seed, which can be done here now- mine went in last week but I've sown it in early March successfully. Keep an eye out for leaf miners and destroy infected leaves as soon as you spot any.

I've grown mizuna, pak choi and shiso but they were mercilessly attacked by flea beetles and I didn't like any of them well enough to bother with floating row cover. You can direct sow or transplant them. However, I do grow collards and kale transplants in 32 cells and set them out about April 7 and just pull the plants by the end of May when the bugs make too much of a mess of them- so my suggestion would be to grow greens in that family early and fast or plan to protect them.

Thanks for all that info, Kath!
Top

I would recommend:
1. Pittsburgh is at the same latitude as Beijing. Perhaps the best green is Brassica pekineese, grown from sowing around 15 July. Harvest from October to frost. Excellent shelf life.
2. For spring harvest winter salad from pre-grown seedlings - well hibernate under nonwoven.
3. Spinach from autumn sowing also hibernating under nonwoven.
Quality seeds of Brassica pekineese and winter salad I can send.
Vladimír 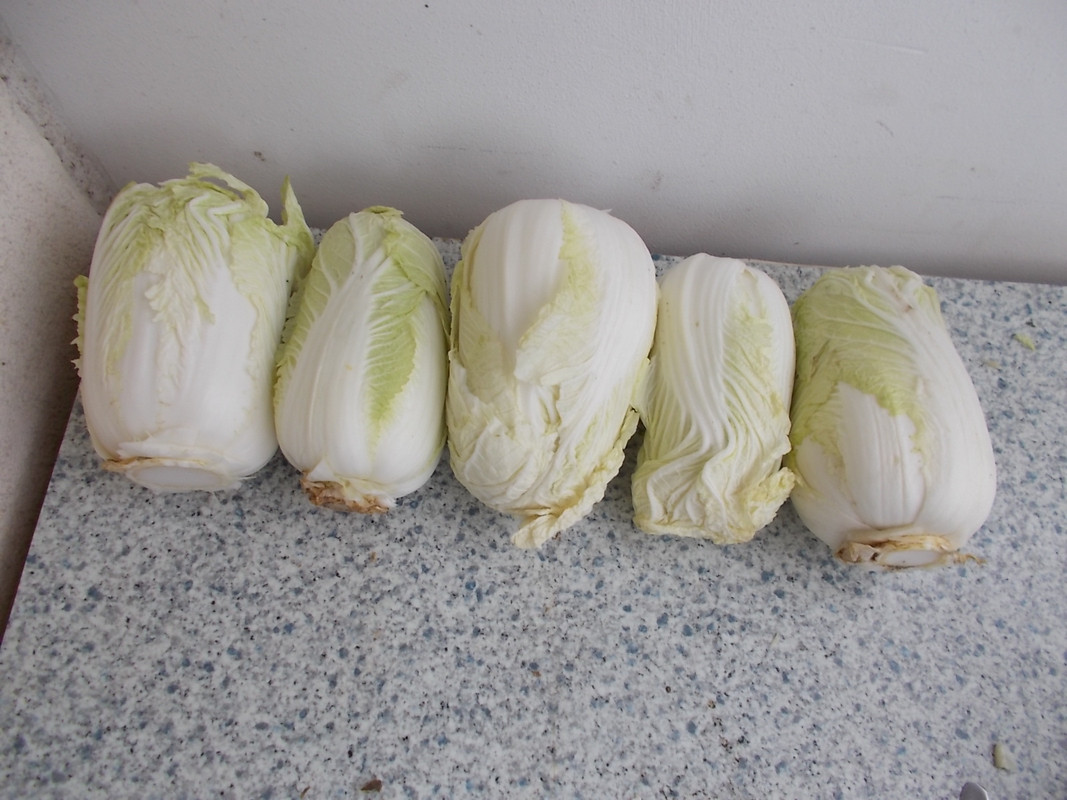 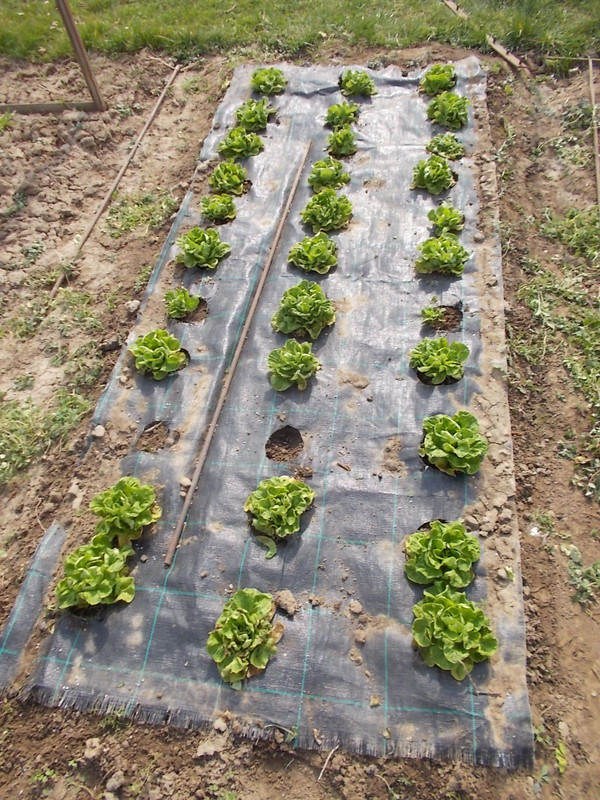 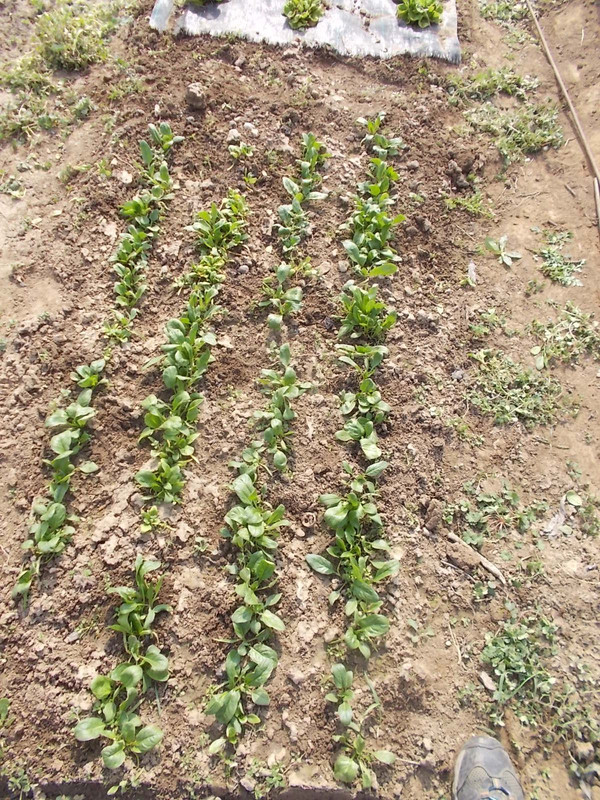 You're most welcome, Nan! Just sharing what works for me in my home garden and hoping some of it might be helpful to you.

Not sure what part of PA they're thinking of, but all of these plant out dates are LATE! For instance, tomatoes aren't to be planted out uncovered until the 2nd week in July!

I direct seeded leaf lettuce and spinach in the garden two weeks ago. Both are just coming up now. I planted a few seeds indoors for head lettuce and Romaine lettuce.

I think that pak choi is the same as bok choy. I started bok choy indoors two weeks ago and will transplant it after I harden off the seedlings in a couple of weeks.
Top

Not sure what part of PA they're thinking of, but all of these plant out dates are LATE! For instance, tomatoes aren't to be planted out uncovered until the 2nd week in July!

Yes, that's puzzling. Also, what are the dates at the very bottom of the page: Pittsburgh is May 26-Sep 20, while Erie (a whole lot colder and snowier) is April 4-Oct 29?
Top

Many of those date ranges didn't look right to me, either.

I grow a lot of Asian greens; I have given up on spinach, because here it bolts at the slightest hint of heat, no matter what variety. Same with cilantro, though I keep trying! Lettuces vary greatly, depending on variety. Bok choy also varies greatly, depending on the variety - Win-win (a variety from Johnny's seeds) is the most heat resistant variety I have grown, so far. Mizuna is a variety that grows like a weed - you cut it around the perimeter, and it keeps growing back! Actually, most of those types of greens are the cut and come again type. Napa (the pekinensis variety), and other firm heading types you can't do this with, but even bok choy, which is usually harvested as a head, can be cut this way - just cutting the stalks at the base, as needed.

I usually (this year, was so warm, it was much earlier!) start the seeds in small (72/tray) pots, about 6 weeks before May 1st, which is my last frost date (not average last - the absolute last, for tomatoes going in!). Then, only about 3 weeks later, the small seedlings go in, and get covered - to prevent being dinner for rabbits! They can be direct seeded, but I'd have to uncover them, to thin them. I also sprinkle some sluggo around - my main pest problem, at least early on. I don't have much of a problem with flea beetles on these, despite having them on eggplants, so they are out there! The one green that was a flea beetle magnet, the couple of times I grew it, was napa - totally covered, while none of the other greens were touched. And another reason I stopped growing napa was a weird habit it had from bolting early, but not from heat - from sudden temperature drops in the spring. I have a purple variety this year - first napa for many years, and I'm watching it closely, for both of these problems.

Though you don't have them on your list, the two types that I have found that grow well into the summer, often into August before bolting, are komatsuna and senposai (a komatsuna x cabbage hybrid).

This year, I had a number of the greens live through the mild winter, in a covered bed.
Woodbury, NJ zone 6B-7
Top

I start cilantro under lights in the late Summer and plant out in the Fall. It grows all Winter can take a light frost.
The same with lettuce, it tolerates a light freeze and I grow it in the Winter.
I've tried pak-choy a few times and it bolts (for me) at 70 degrees (21C). I've pretty
much given up on it. I usually get spinach starts and grow them through the winter.
Kale is the only brassica I've been able to grow in the summer heat here in the desert. Lacinato
and Scarlet do well here.
I have direct sown lettuce but have found starting under lights works best for me.
USDA Zone 9b, Sunset Zone 13
Average Rainfall 9.5 inches
Climate: Sonoran Desert
Top

Gai choi is awesome. It can tolerate the heat well. So you don't have to start it too early. The seeds should be very small, so maybe it's better to start in seed tray.

They can get big, 1ft apart is good though you can cramp them if you want. They're very easy to grow. Only susceptible to slug and flea beetles same with most of the mustards.
Top
Post Reply
12 posts • Page 1 of 1