Buried in my inbox I found a great article on starting sweet potato slips. Three different methods. Thought I'd pass this along.

I am planning on growing my own this year but I only need a few plants. Last year sprouts started growing on my stored tubers with no interaction from me so this year I am going to try that again by bringing a few tubers up from the basement and storing them in my pantry which is 70°

Thanks for the reminder. I should probably do that soon.
0
Top

If I wanted to I should have started about 3 months ago.
0
Worth
25 miles southeast of Waterloo Texas.

Crawfish, (Lobster Of The Bayou).
Top

I am starting soon as well. I found a youtube last year where the guy did an amazing job starting slips, then had them all destroyed by deer after planting. Basically propagating in trays just like seed starts, then breaking the slips off and rooting them. I tried his method last year, too late to avoid buying slips, but it worked pretty well and it should be no problem to replicate. The slips I bought last year were expensive, weak, and water was not changed to point of scum and mosquito larvae in it. Not to mention they are too early to plant out at that time. I have pretty much sworn off our local Agway.
0
Top

I'll be starting mine this Saturday, using a plastic window box and laying about four small sweets just under the soil surface. It works pretty good. Last year I started them on March 12th for planting slips on May 1. That was maybe one week too early so I'm starting them one week later this year and we'll see. Once those vines break the surface, they go quick!
0
Top

Today I started four small sweet potatoes for growing slips. These are 'Jewel', a nematode resistant variety that pICKLES found in 2016 at a Publix supermarket. She bought one and we've been using its decendants every year since then! 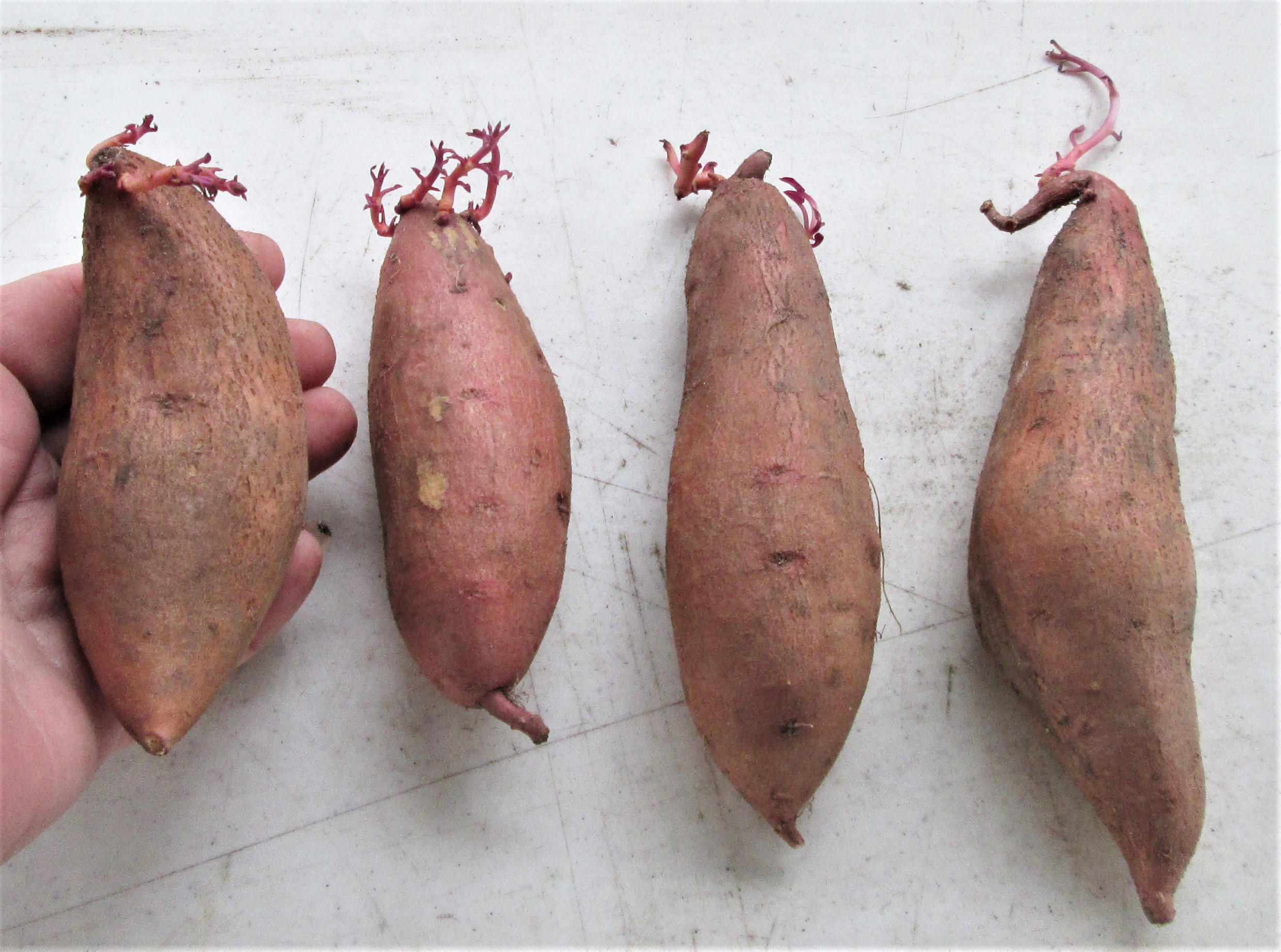 Planting them in a window box has worked very well. This year I used a 50/50 mix of used tomato potting soil from last year and some fresh regular Miracle Grow potting soil. The potatoes were set in about 3" below the final soil level and then covered.

They'll stay indoors by a window until the vines start poking up. Then, weather permitting, they'll go out onto the porch to do their thing. I'm thinking about an April 29th plant out 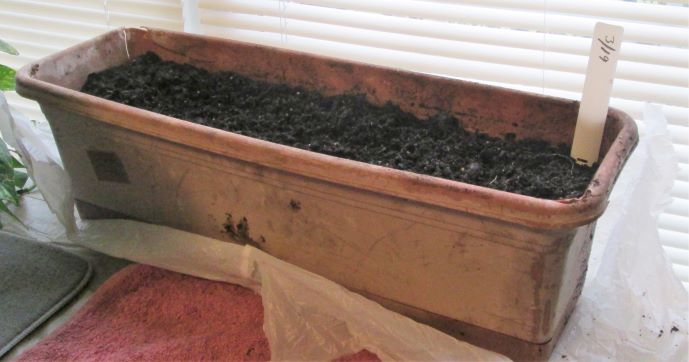 This method had worked really well for me, much better than the old "potato in a jar of water" method and also produces more slips at once. I'm just planting 11 hills but when I've pulled the slips I let the potatoes make more and give them away.
4

I like the shape of the rack of the one on the right. Instead of a seahorse, it looks like a fat seabuck.
1

None of my stored potatoes have sprouted yet but I did bring some tubers upstairs from the cool basement. I would not plant them outside until the end of May so I am about a month behind you @GoDawgs
1

I found a sweet potato in the garage
Totally forgot about it.

0
Worth
25 miles southeast of Waterloo Texas.

Crawfish, (Lobster Of The Bayou).
Top

How are they looking? Plant out still on? I have been "conditioning" some store bought ones, putting them on compost soon.
0
Top

@JRinPA, they're about ready. I'm sure I could get ten slips out of this box right now. They're scheduled to go in on Apr 29, a good moon planting day for root crops. 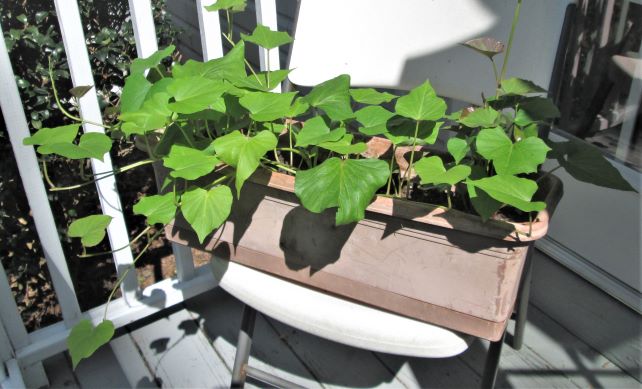 "Okay so I thought I was doing that first method of the three, starting in flats. I now have a lot. But it looks like I didn't bury them enough. I have lots of sprouts, some getting tall, but not many roots that I can see on the slips. I only buried the sweet potatoes halfway."

I wrote that a few days back but never hit post, it seems. I went ahead and cut up the 4 biggest slips and tried the single node method. I figured, don't need roots for that. Chopped up, those 4 slips filled 22 soil blocks. I did not cut off the leaves. Here's hoping it works.

I added more mix to bury the sweet potatoes more, so the slips should start throwing more roots. If the single node method doesn't work for me, I'll leave the slips whole. It looks like I have 6 strong seed potatoes making slips and 2 weaker ones with few or none as yet.
Top
Post Reply
13 posts • Page 1 of 1