On the left are 'Napoli' and on the right some 'Danvers Half Long'. This is the first time the Danvers have done well for me. 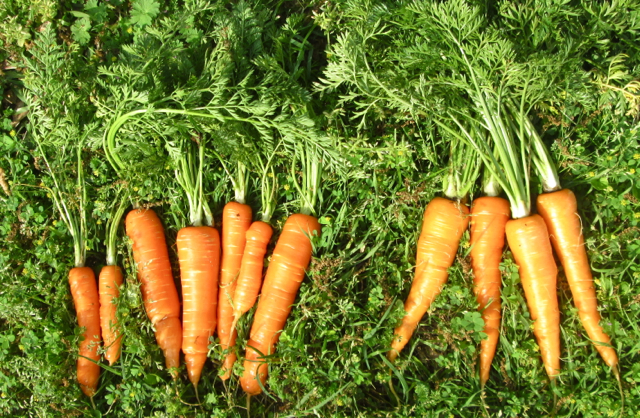 Those look great. You must have some very nice soil to get those results.
0
Enjoy the Day!
~ Patti ~
Top

Those are some beauties! How great to be able to overwinter them.

Thanks for the kind comments. I usually sow carrots in mid October and pull the first ones mid to late February. They take longer to grow over the winter. The spring carrots get sown mid February to mid March, weather depending. This year it was March 13 and they're up about an inch right now.

They're in a raised bed. I used to till a carrot bed but the last few years I've only used a broadfork on it to loosen the soil deeply and raking it smooth. Every once in a while there will be a forked carrot or two but none so far this year. Now last spring it was a different story. I had planted 'Romance' carrots down one half of one side of the bed (9') and while most of them did fine, some were definitely funky! 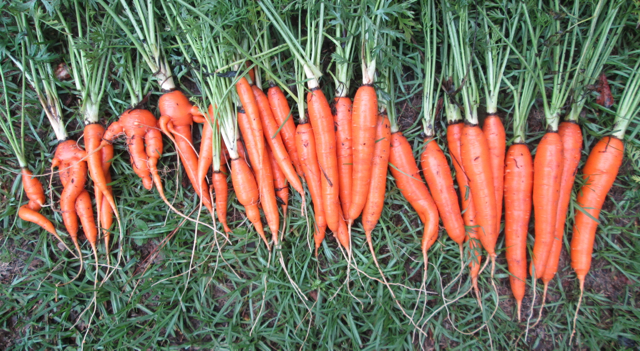 Here's a close up of the cast of characters on the left end. So funny! The other 27' of carrots were just fine (Yaya and Tendersweet) 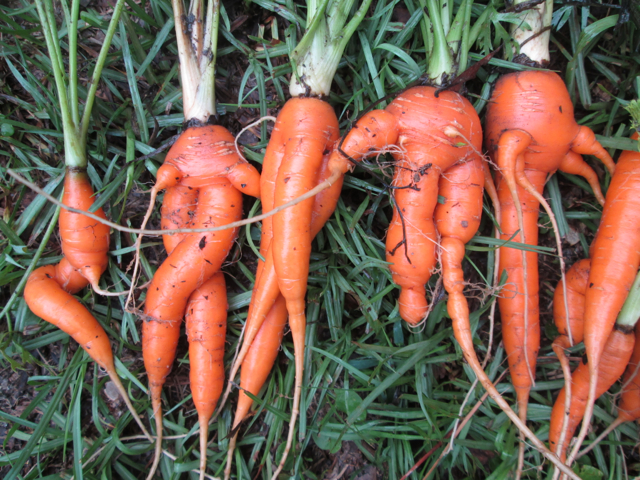 Those are very funny, actually!
0
“Never try to outstubborn a cat.”
- Robert A. Heinlein
Top
Post Reply
7 posts • Page 1 of 1