worth1 wrote: ↑
Tue Feb 18, 2020 4:44 pm
Thanks.
They say the pyramids were painted too.
I wonder what they looked like before the outer covering was hauled away.

Shining white, they were clad in polished white limestone, with a gilded pinnacle. I watched a show on tv where they could have been painted.
Even with advertising like a giant bill board.
We can only speculate.
I personally doubt it would have been advertising.
0
Worth
Paul Prudhomme Is The Head Chef In Heaven
Top

Still working my way through the videos as time permits. I love that kind of stuff, thanks!
0
North Central AL (mountains)
Zone 7
Top

Virtual reconstruction of the ancient theater of Aspendos, near Antalya, Turkey. 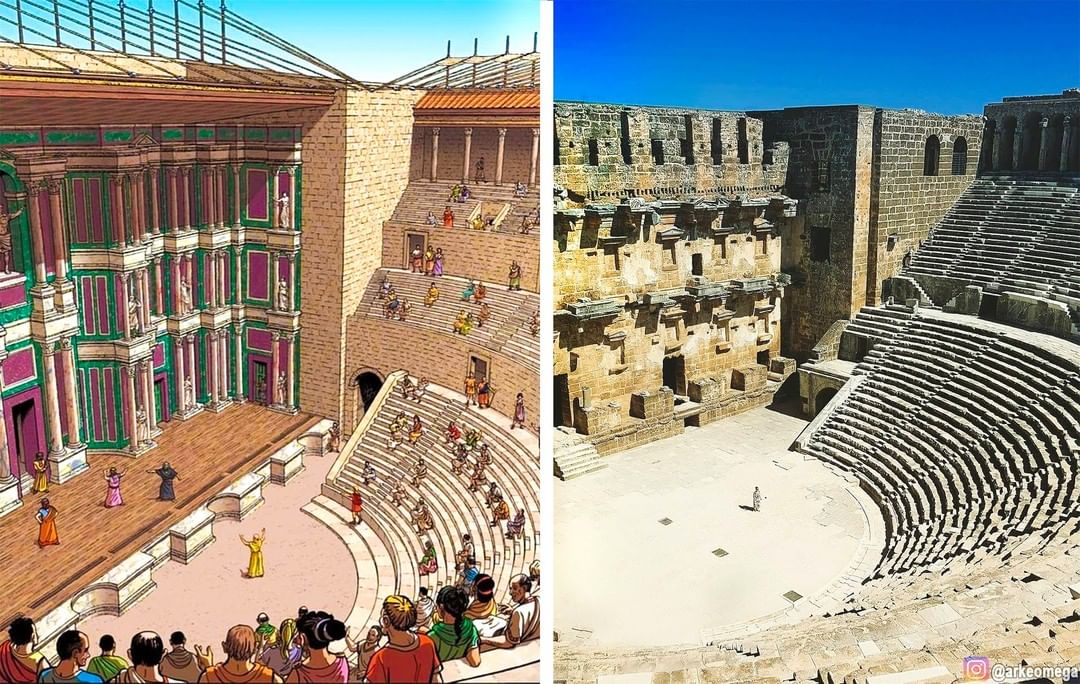 Mummy portrait of Lady Aline, from Hawara (Egypt), 1st - 2nd century AD. Her portrait was painted in egg tempera directly onto the linen wrapping of the mummy. Aline, who died aged thirty-five, wears a white tunic with two purple stripes, and gold and pearl jewelry. 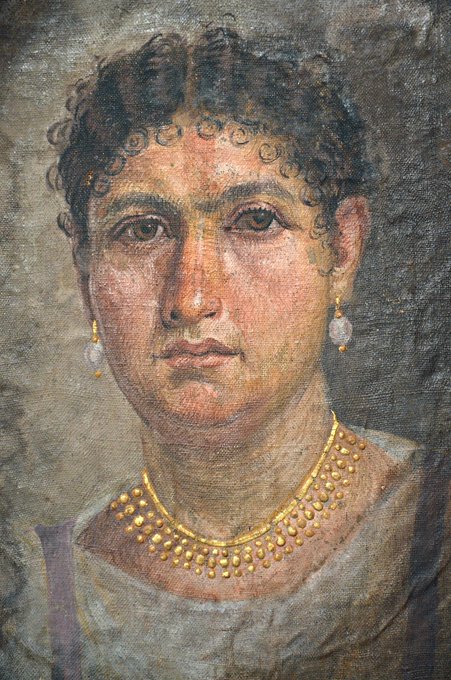 Your posts and photos are awesome. I am a life long devote to ancient history and archeology. Phoenicia & Carthage are my personal obsessions. The Goddess of Saffron is so regally beautiful. Thanx for sharing.
2

Lady Aline was surely beautiful, wasn't she? Shame she lived such a short life. Wonder what she died from?
0
North Central AL (mountains)
Zone 7
Top

Experimental colour reconstruction of the so-called Small Herculaneum Woman.
Original from Delos, copy made in the 2nd c. BC of a famous original dating from 300 BC.
Exibition Gods In Color— Golden Edition. Polychromy in Antiquity, Liebieghaus Skulpturensammlung, Frankfurt. 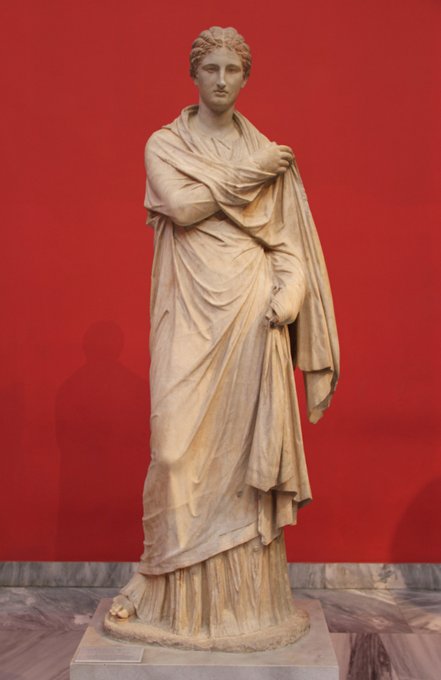 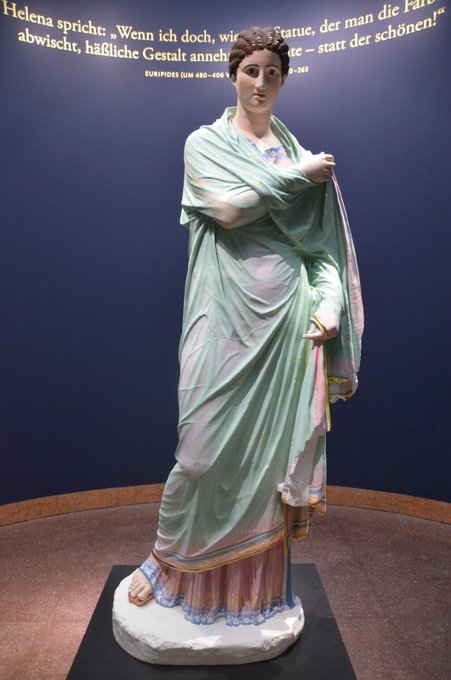 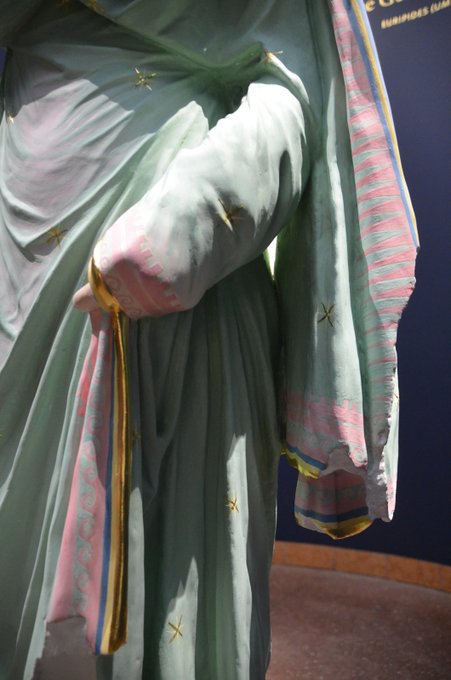 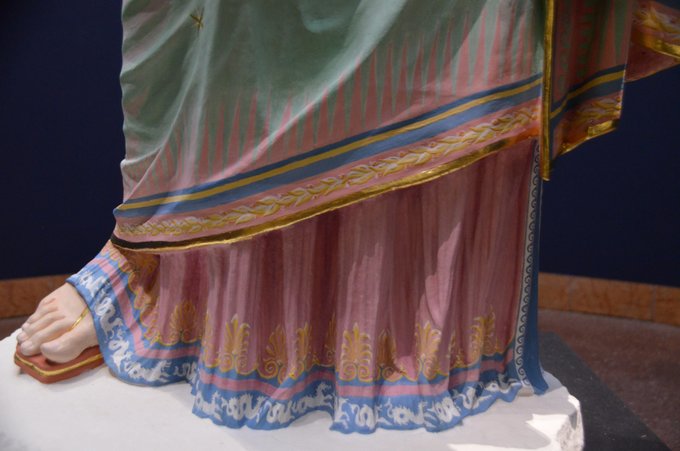 2063 years ago today, Caesar arrives at the magnificent theater complex of his old rival, Pompey. After an anxious wait, there is a general applause, excitement and hubbub as the dictator and his entourage make their way into the portico. 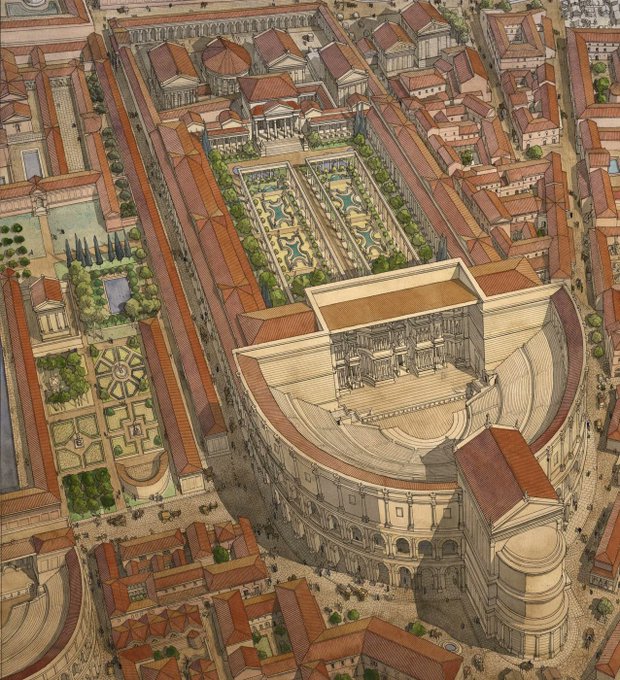 Wow, that certainly looks fit for an emperor!
0
Top

If you look back in the time line of these tyrants many of them didn't rule very long.
They were killed by their enemies inside their own rule or ranks who took their place and on and on this went for many centuries.
0
Worth
Paul Prudhomme Is The Head Chef In Heaven
Top

The Senate was meeting there when Caesar was murdered because the new Senate building was under construction. That building, Curia Julia, still stands. Pompey's theater was the first theater build out of stone in Rome, because there was a prohibition on doing that. Pompey circumvented that by adding a temple to Venus to the back of the seating area (lower right on the picture).

The four smaller and older temples in the back were incorporated into the complex. The round one was the temple of the Luck of the current day, marble parts of whose cult statue survived by some miracle. The rest of the statue was made out of bronze and was pillaged and recycled. 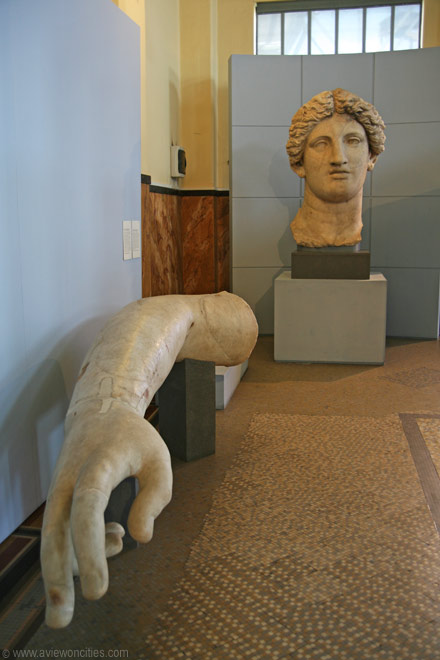 https://getpocket.com/explore/item/the- ... from-space
0
Worth
Paul Prudhomme Is The Head Chef In Heaven
Top

arnorrian wrote: ↑
Sat Feb 08, 2020 4:09 am
A letter in Greek a boy called Theon wrote to his father. He says that he will never speak with him again, and that he will stop eating, if he doesn't take him with him when he goes on the trip to Alexandria. He also says the gifts his father sent him are rubbish. 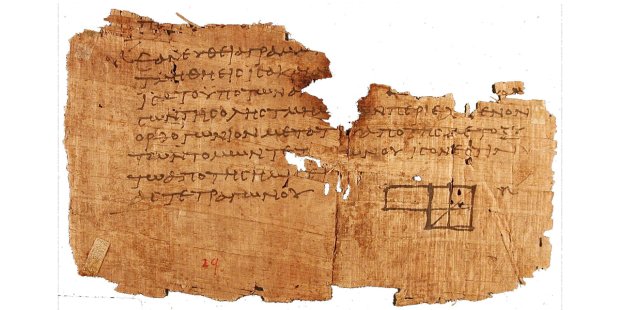 I am really enjoying these, and your explanations add another layer of interest. Thank you.
1

worth1 wrote: ↑
Sat Feb 08, 2020 12:53 pm
Just so as y'all know Co2 isn't poisonous or toxic.
Just clarifying things because that is what I read with the pictures that I did enjoy.

With all respect meant, depends on the concentration in the breathed in air. It can most definitely be toxic.
0
- Marsha
Top

I too am enjoying your thread.
1

Users browsing this forum: No registered users and 4 guests