How wonderful this is! But darn looters

Piazza Navona in Rome was given shape by the Stadium of Domitian. 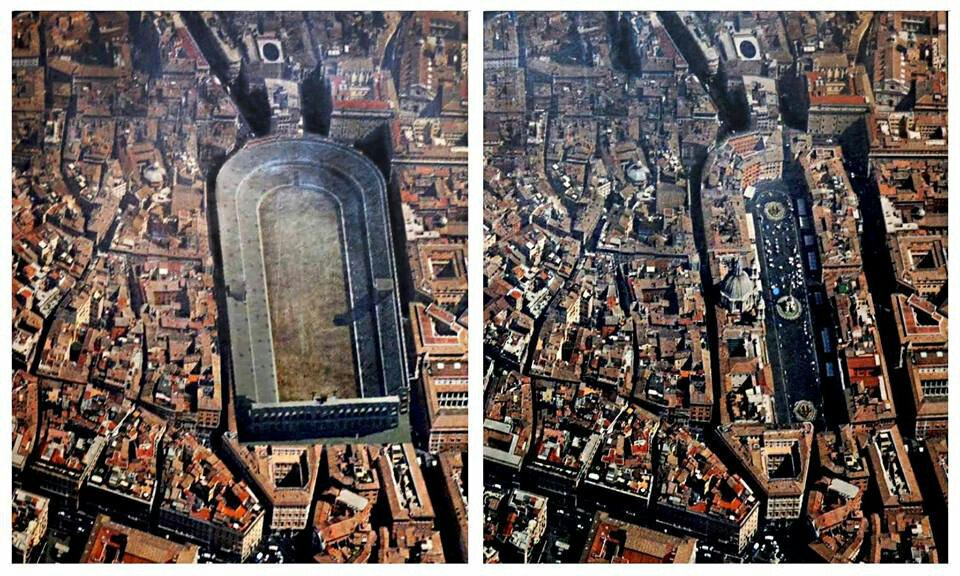 The Maison Carrée (French for "square house") is an ancient Roman temple in Nîmes, southern France; it is one of the best preserved Roman temples to survive in the territory of the former Roman Empire. Built in about 4-7 AD,it was dedicated or rededicated to Gaius Caesar and Lucius Caesar, grandsons and adopted heirs of Augustus who both died young. 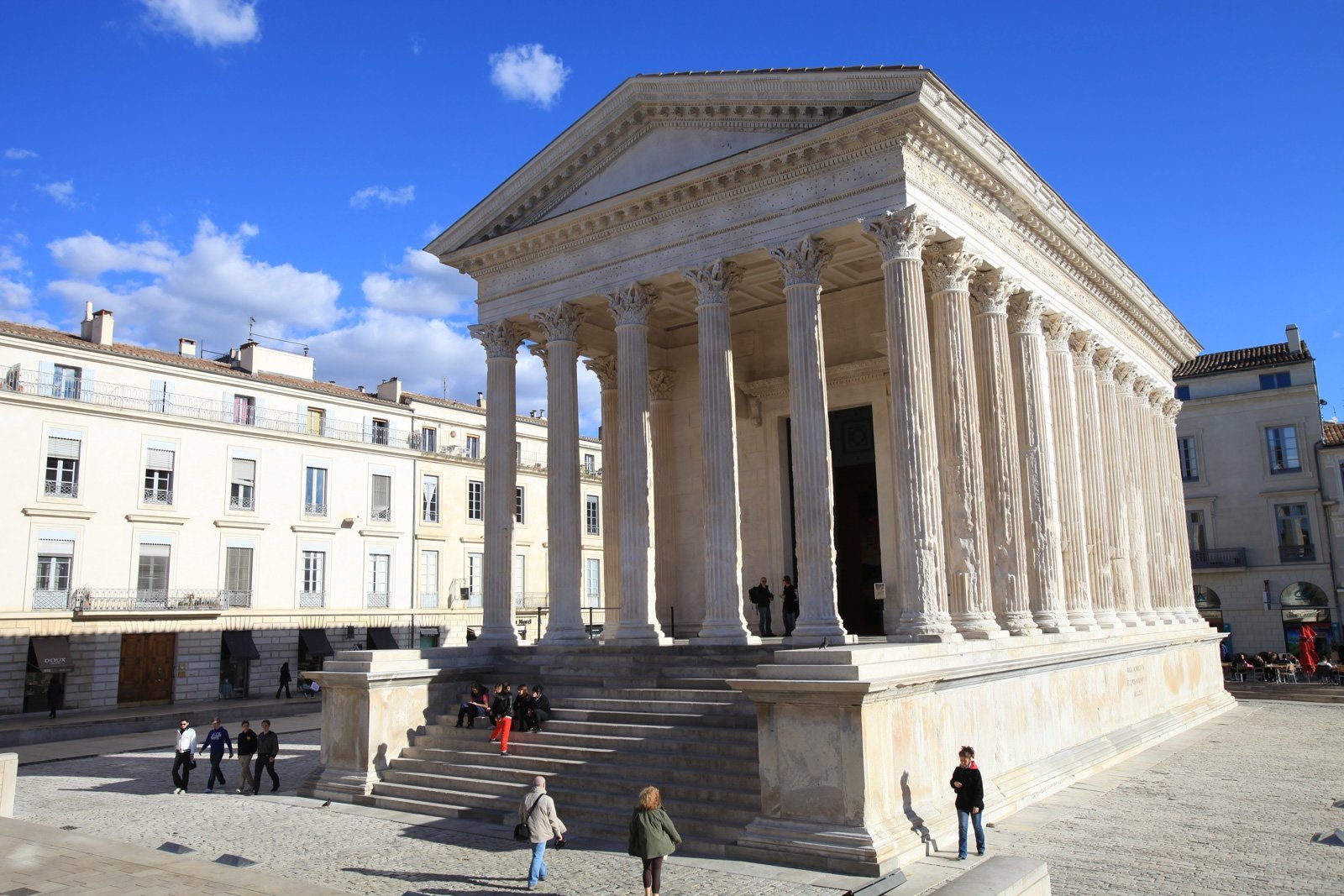 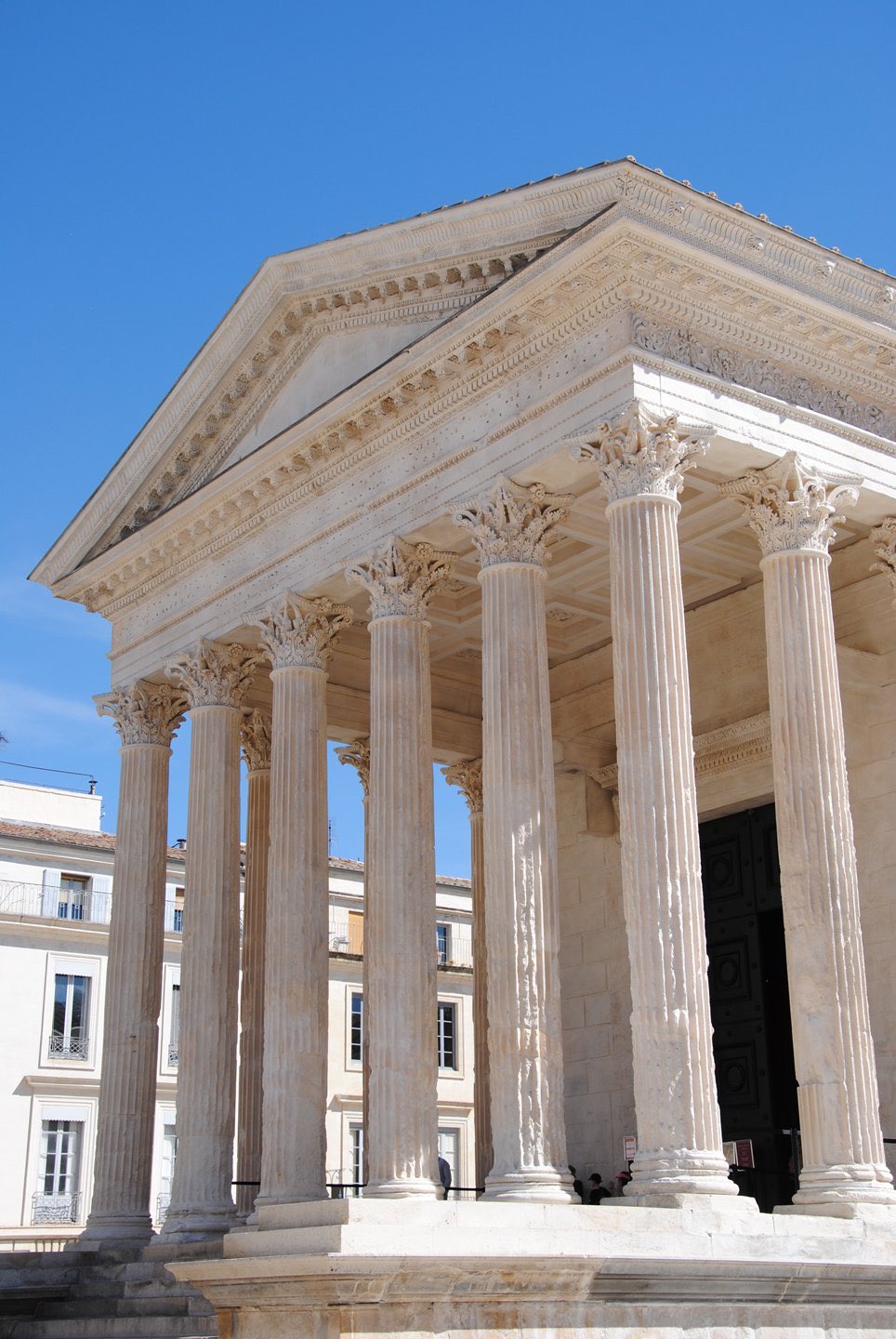 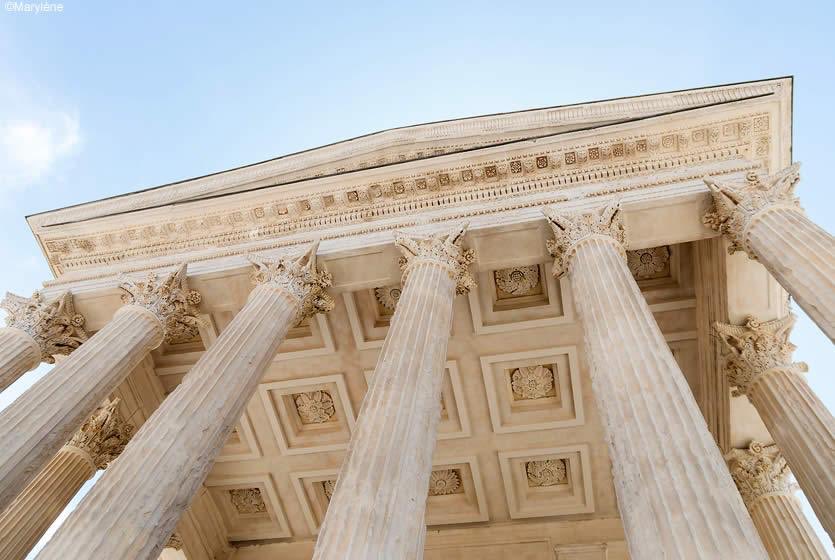 The leaves on the columns are representing the bears breeches plant.
I have some growing in my yard.
Remember you heard it here first.
1

Designers and architects are going to call this popular motif in ancient Roman architecture acanthus leaves.

Yep spell it which ever way you want, it still comes up the same thing.
Big fan of this sort of thing and I have a huge book on the art of engraving too.
The Romans got this stuff from the Greeks.
The columns are what is called fluted and I have honestly considered doing a bolt action rifle barrel turned on a lathe that looks like a Roman or Greek column.
I can do this stuff it just takes up so much time and I need my eyes fixed.
0
Worth
Paul Prudhomme Is The Head Chef In Heaven
Top

Not ancient, but interesting.

Plaster cast of a wooden table from the Minoan site of Akrotiri on the Greek Island of Santorini, 17th cent. BCE. 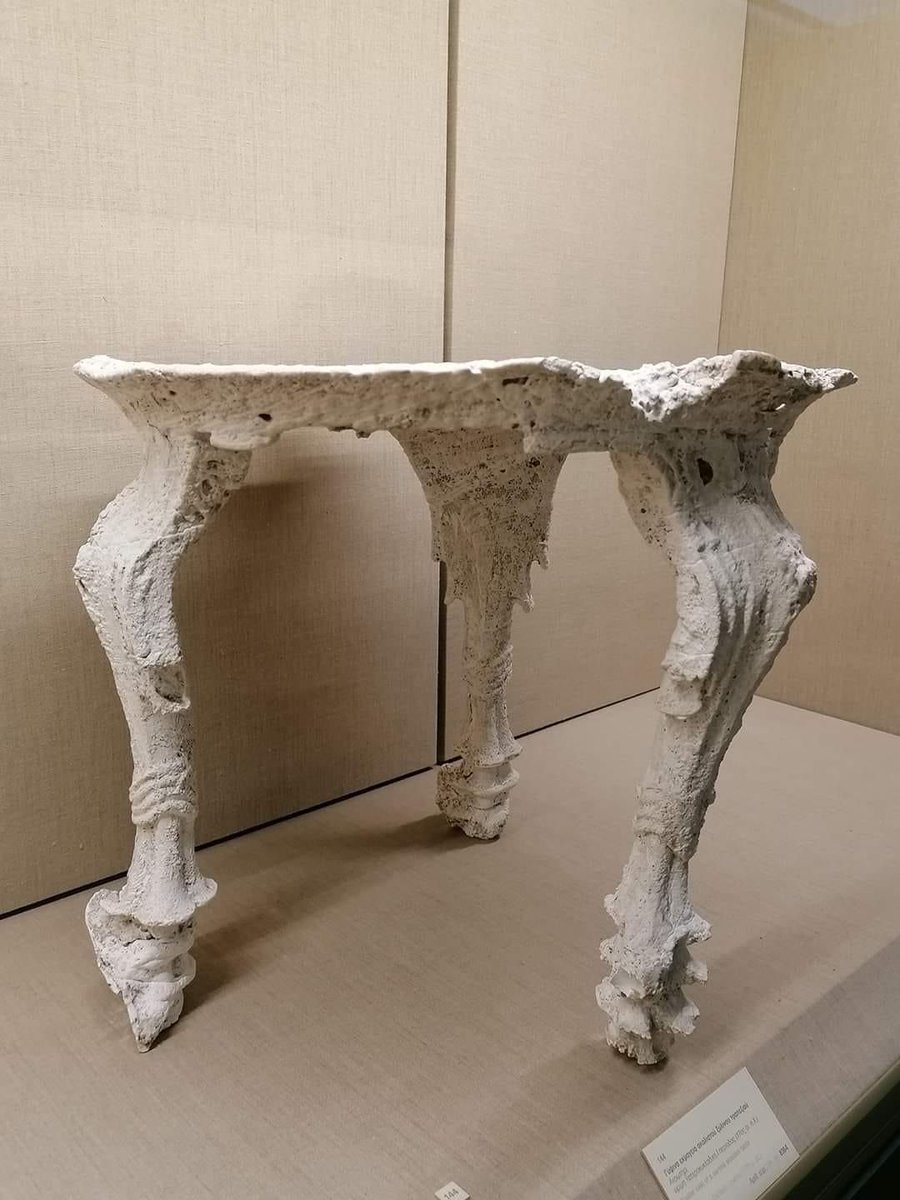 Laodicea on the Lycus, in today's western Turkey. 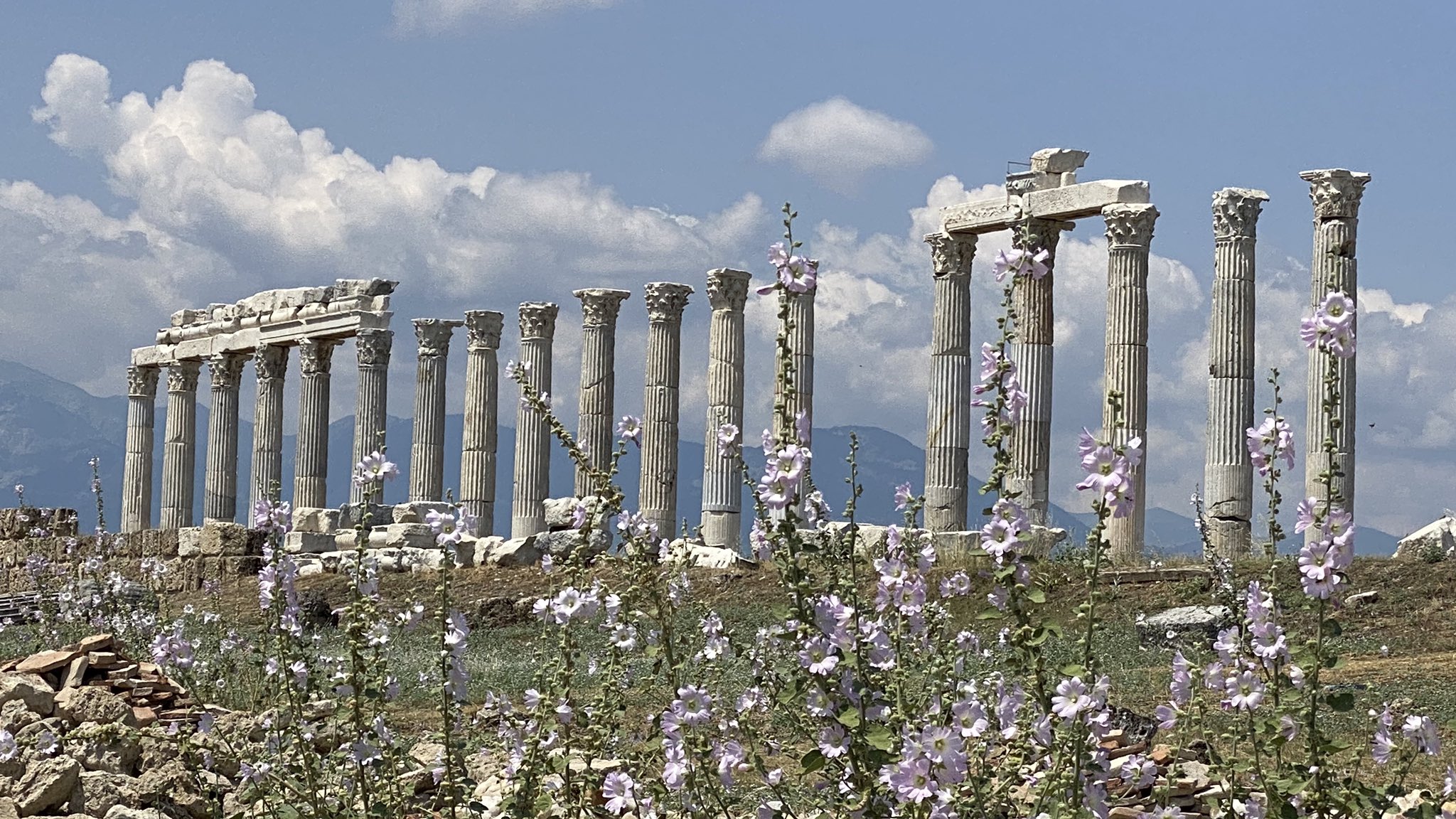 The history buff part of me says, "interesting columns, would have loved to have seen the intact temple." The flower lover in me says "beautiful hollyhocks!" Thank you!
3

I was looking at these nice photos this morning and the thought occurred to me that it's a good that that people did not rip down all of the statues of previous people like we are doing now.

I am sure that all of the Egyptian Pharaohs were not really nice people and they enslaved millions but lucky for us those who came after mostly just left their statues alone although some were defaced.
0
Top

I don't think all statues are being torn down. Just a few. And destroying them has a long history. Two examples.

This is a statue of emperor Augustus, found shattered in Ephesus, with a cross carved into its forehead. 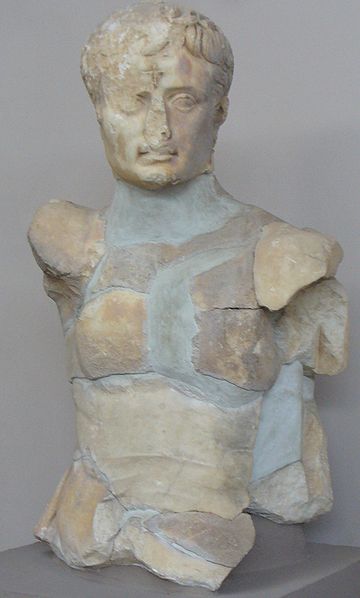 And this is a head of a statue of the same emperor, found under the steps of a Nubian temple. Likely taken during a Nubian raid on the Roman Egypt, and buried as a political statement.

Some say that the nose of the sphinx may have been deliberately smashed off too but I sure am glad that so many of those beautiful Egyptian statues are still surviving.
1

Grave Stele of the Dog Parthenope: "His owner has buried the dog Parthenope, that he played with, in gratitude for this happiness. Love is rewarding, having been a friend to my owner, I have deserved this grave. Looking at this, find a worthy friend who is ready to love you..." This grave stele was made from marble. It was found in Castro, on Lesbos (Mytilini) Island. Now it is in the collection of the Istanbul Archaeological Museum. 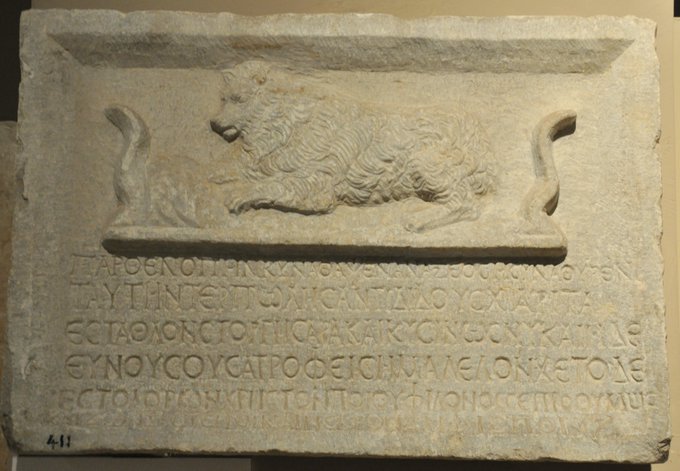 Temple of Khnum in Esna. 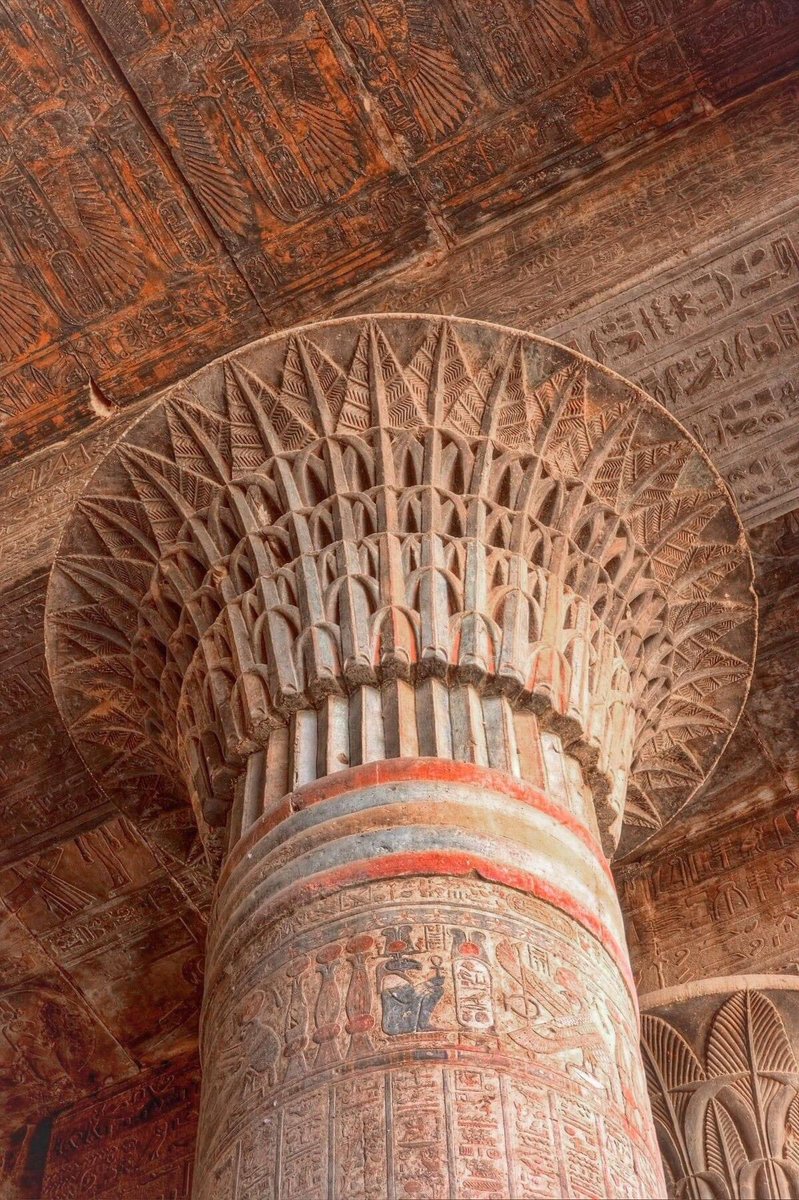 Reconstruction of faces of Roman emperors from the age of Principate. 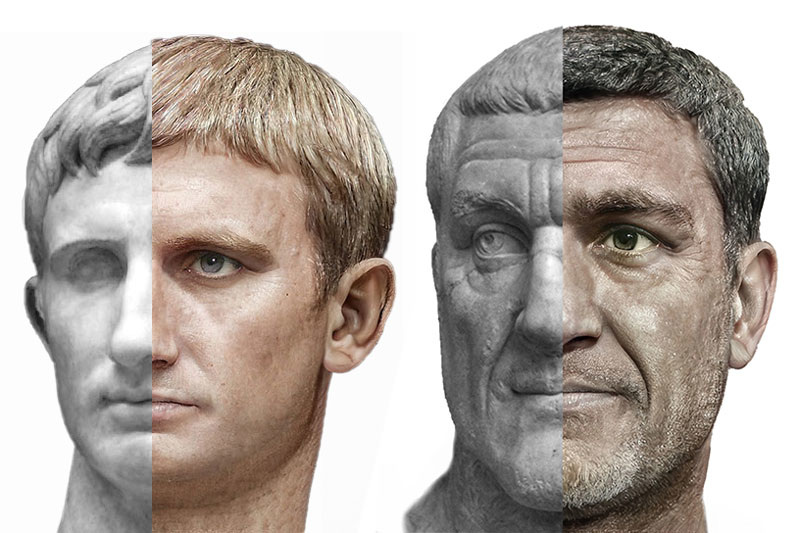 All of them here:

I would like to read more on the "ancient world". Many of the original photos have disappeared. Many years ago, a village in Africa was built around a large, deep lake which was the caldera of an ancient volcano. One morning, all the residents and animals in the village were found dead as if they went to sleep and didn't wake up. It took a lot of research to discover the cause of death which turned out to be nothing more than a co2 belch from the volcano. CO2 isn't toxic, but if it displaces available oxygen and causes oxygen breathing creatures to suffocate without knowing it. Volcanoes often emit sulfurous products which can or may result in hydrogen sulfide which is highly toxic and deadly.
1

Do you mean in this thread?
0
Climate: Cfa
USDA hardiness zone: 7a
Elevation: 140 m
Top

Do you mean in this thread?

Yes in this thread.
0
Worth
Paul Prudhomme Is The Head Chef In Heaven
Top
Post Reply
109 posts