Love looking at the pictures.
Thanks everyone for taking the time to post them.
0
Worth
Paul Prudhomme Is The Head Chef In Heaven
Top

Snake and cat repellent not good in my opinion for human consumption.
https://www.google.com/url?sa=t&rct=j&q ... mzk6jamKVj
0
Worth
Paul Prudhomme Is The Head Chef In Heaven
Top

Spooky, it’s actually part of my butterfly garden. Host plant to the black swallowtail, but looks like the Greeks use to cook with it. Suppose to have a bitter taste.

I bought the seeds primarily to attract the Giant Swallowtail, but I’ve never seen one.
1

I took a couple of photos today, showing some of the new growth on the plants I put back out on the deck. They love that sun! 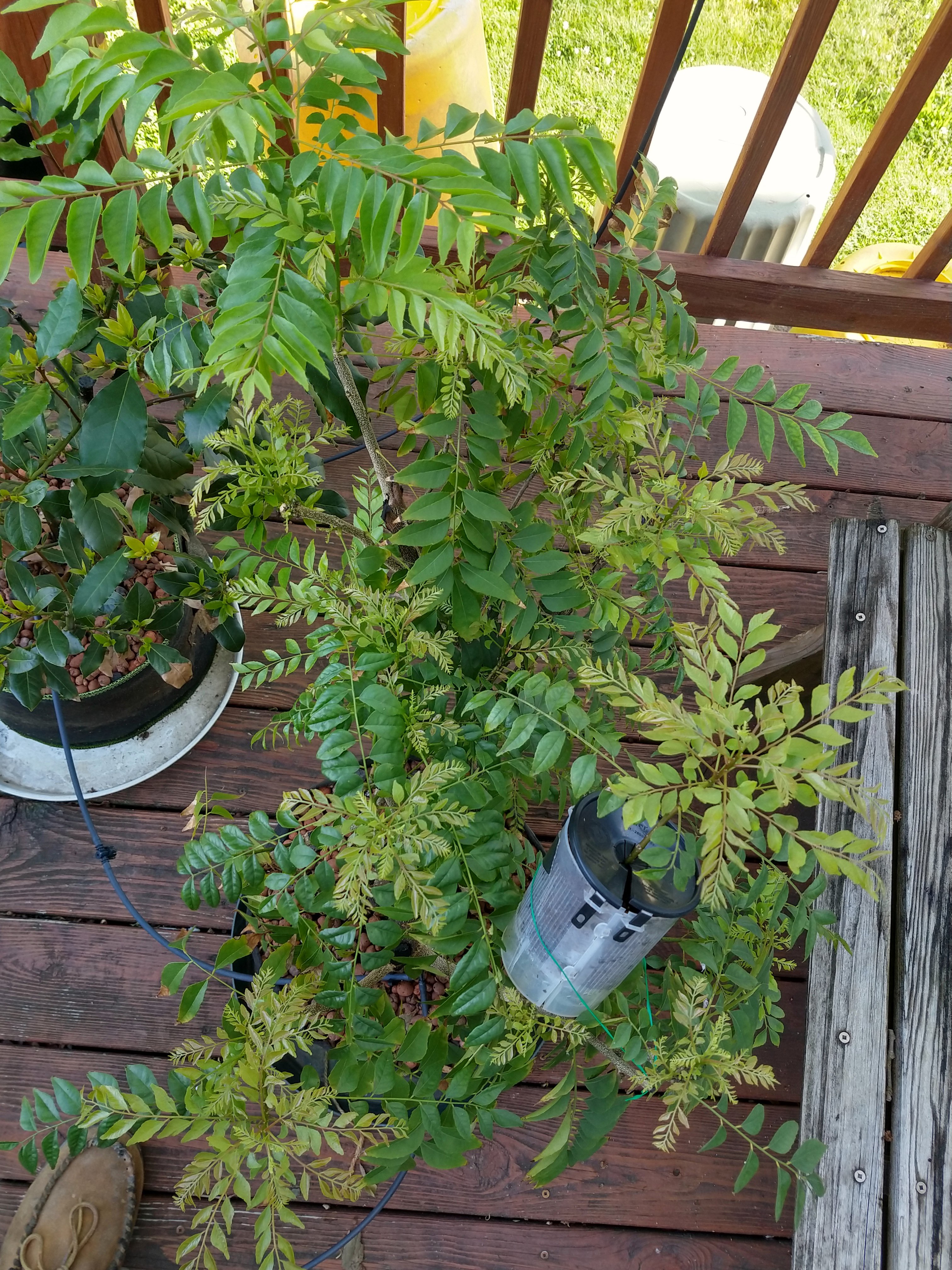 The curry tree, showing the areas of new growth, 6-8 by pepperhead212, on Flickr 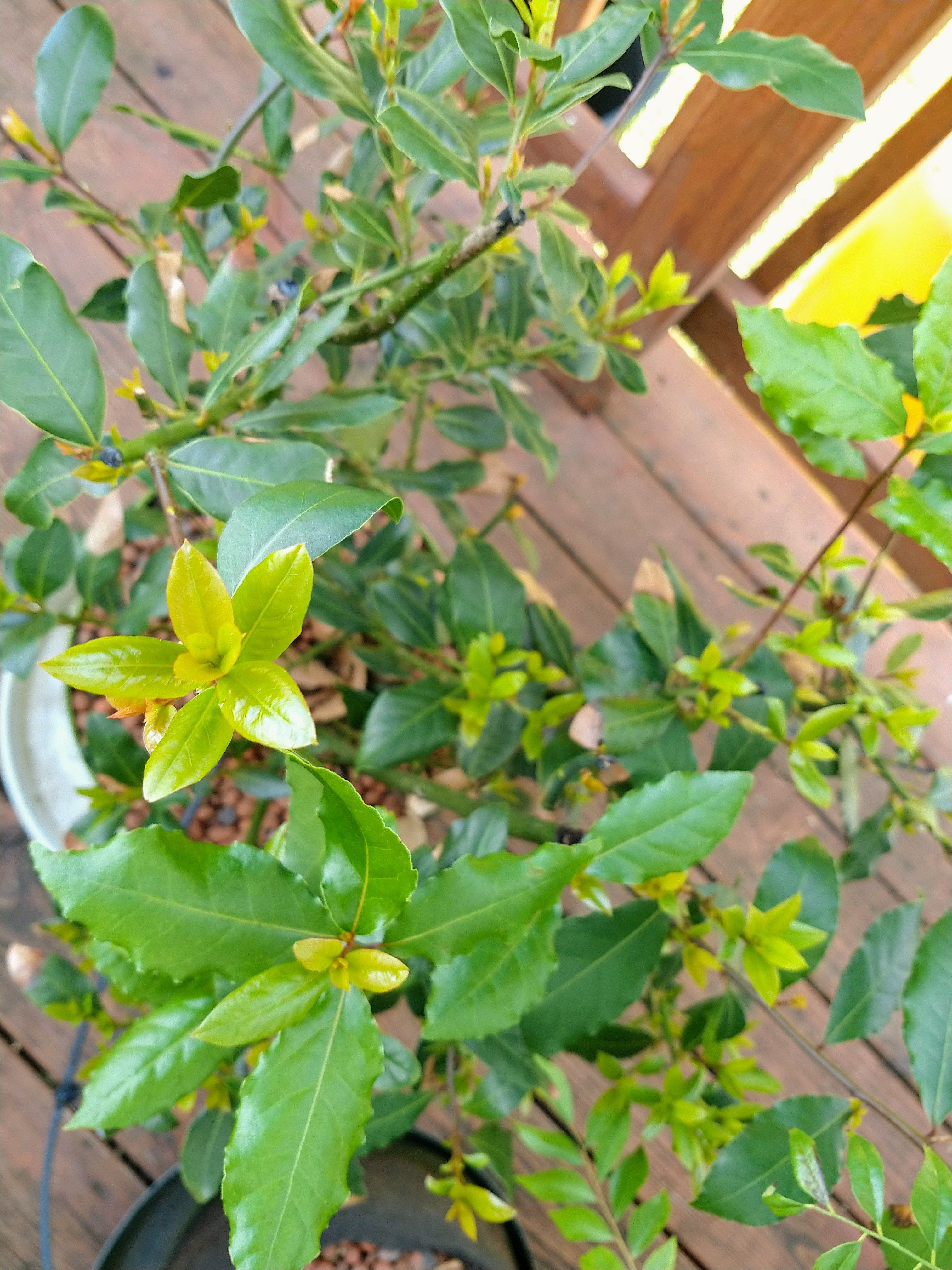 All those areas of new growth on the bay laurel, 6-8 by pepperhead212, on Flickr
2

@roper2008 I have 2 rue plants in my butterfly garden that have survived my winter. Mine has yet to bloom, but yours look lovely. How big do these plants grow?
0
Grow Something!
~ Patti ~
Top

Here's today's photo of the curry tree, showing how much it grew, since being put outside. The Rooter-pot, which was up top, and totally visible, is totally hidden by all the new growth! The flowers are starting to open now - something that the bees love, and are attracted by the sickeningly sweet smell! 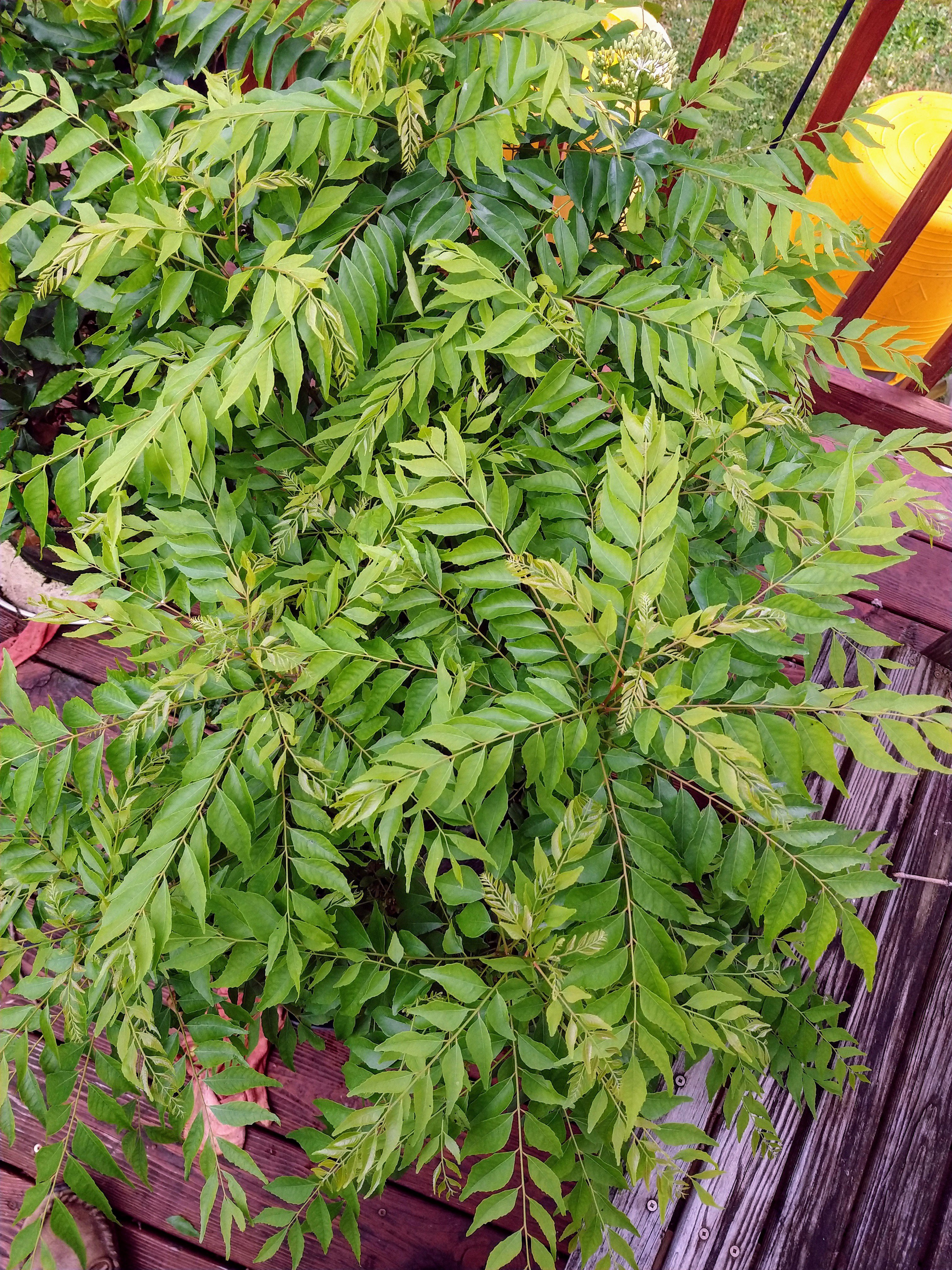 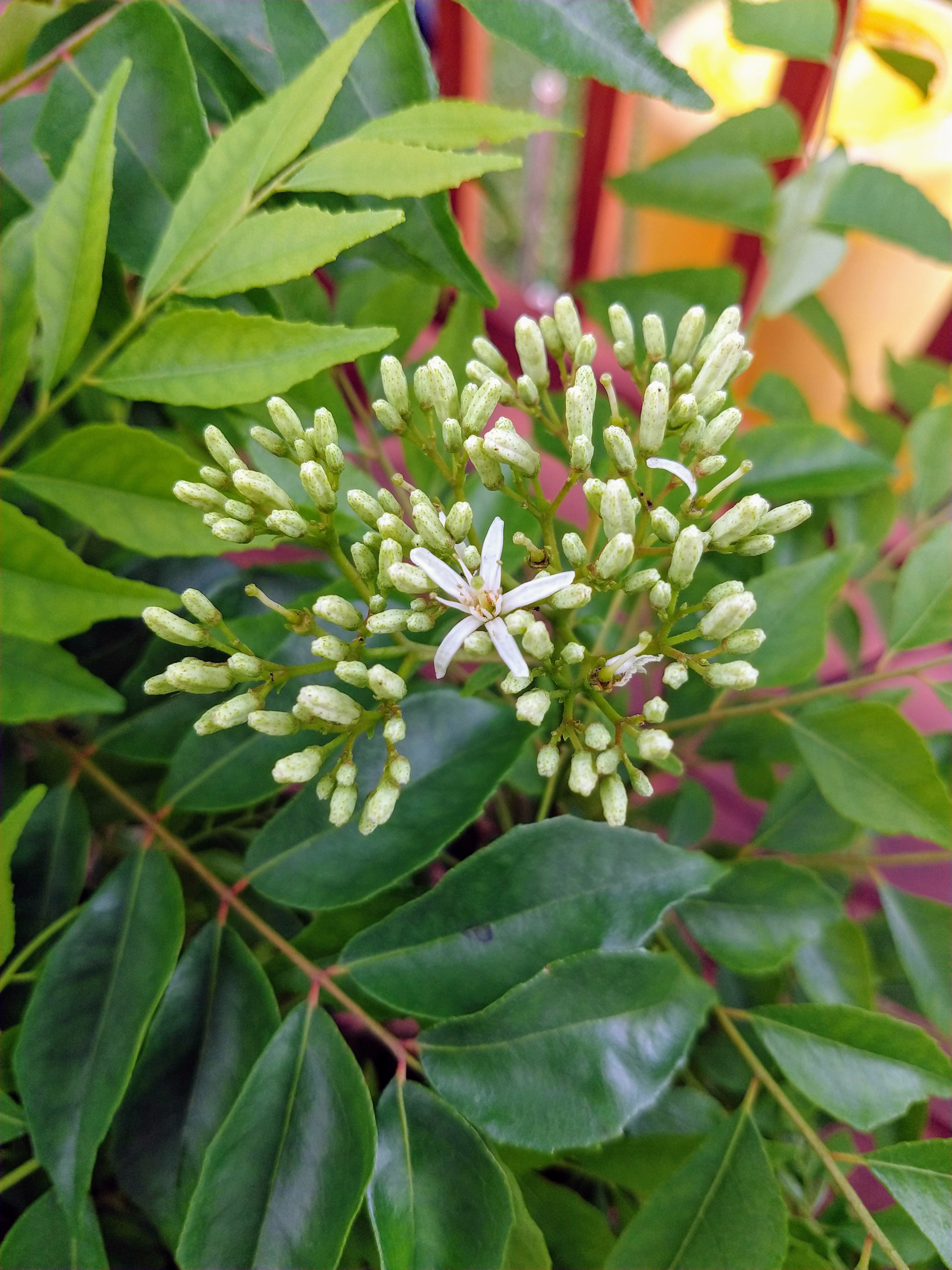 Cluster of flower buds on curry tree, starting to open up, 6-27 by pepperhead212, on Flickr
3

Thank you, they grow to about 3-4 feet. No Black Swallowtails this summer, very strange. So far, only seen 1 cabbage moth, my
winter kale usually would be eaten into lace by now.
1

I have 2 species of Origanum that are getting really large in their second years! One - the marjoram - is in my herb bed, while the other - the Syrian oregano - I planted behind my shed, in case it becomes invasive, like regular oregano tends to. Both are covered with flowers now - normally, I'd snip these of, if I was trying to get maximum leaves, but I decided to just leave them on, to attract the bees, which love these blossoms. 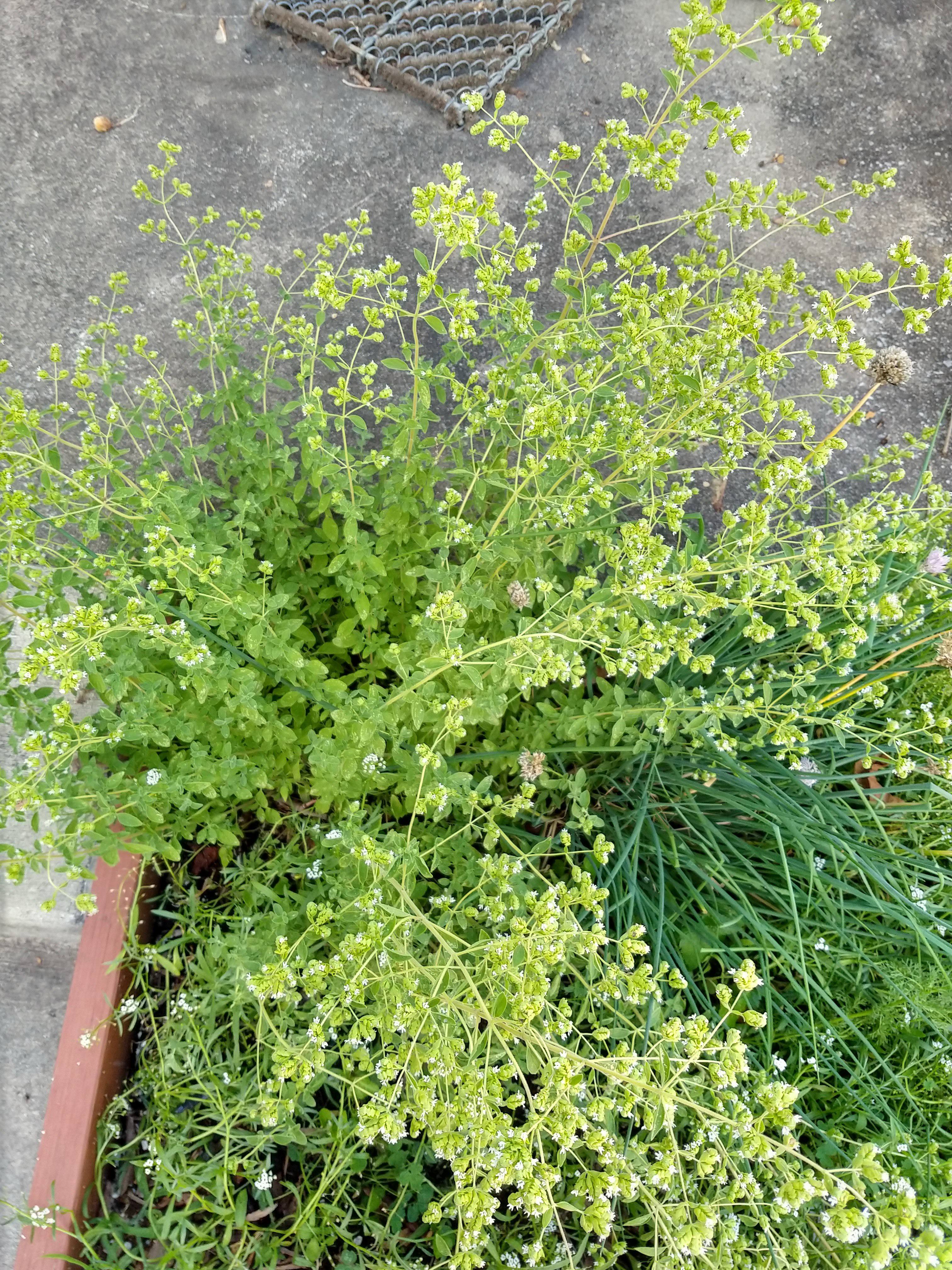 I also grow garlic chives behind my shed, since they can be invasive. I think there are at least 6 clusters back there, and 3 others, scattered around the yard. I never have a shortage of garlic chives! 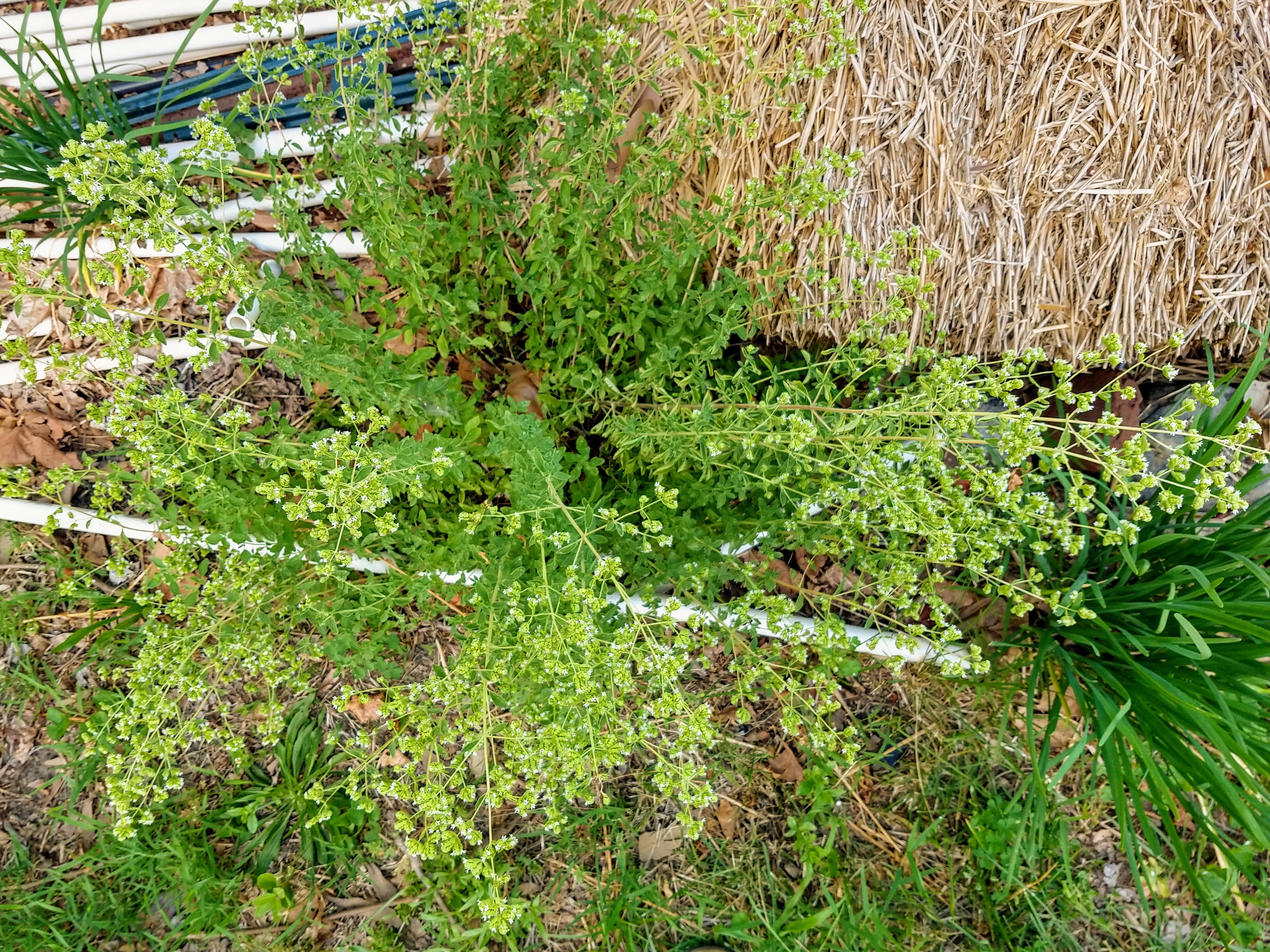 Weeds growing behind the shed - Syrian Oregano and Garlic Chives, 6-29 by pepperhead212, on Flickr
2

The patchouli grew and grew this year. I had to pot up. And yes, it smells like patchouli. It requires lots of water.