Last year's watermelons didn't make. But in 2017 I had great success with Georgia Rattlesnake. The first few were shaped like they should be and ripe from one end to the other. 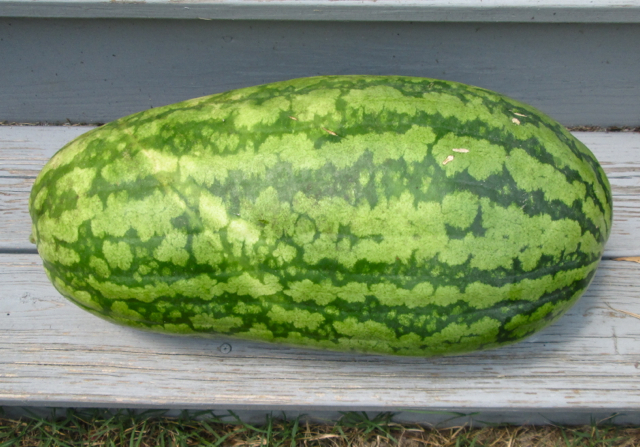 Then subsequent melons started growing with one very narrow end. The inside flesh on the narrow end never got ripe. In fact, maybe a third of this watermelon was useless: 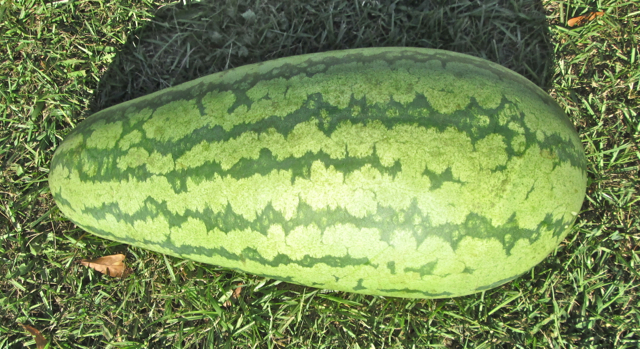 I can't find anything about this problem on line. Does anyone have any input on what's causing this? I don't think it's normal for this variety because the initial ripe melons were just fine. I tried Ali Baba and Stone Mountain last year and some virus or other problem killed them early. This year I think I'm going to try Tom Watson melons again. He was a locally famous politician way back when and they have a Tom Watson melon contest every year, not that I'll be entering!

Were there under-developed seeds in the smaller end? It could be incomplete pollination. Usually, the fruits look different than yours when that happens, though.
Location: SW Idaho, USA
Climate: BSk
USDA hardiness zone: 6
Elevation: 2,260 feet
Top

How's your soil pH? I wonder if calcium levels or watering might have something to do with it.
Location: SW Idaho, USA
Climate: BSk
USDA hardiness zone: 6
Elevation: 2,260 feet
Top

I wonder if growing watermelons with other cucurbits can result in issues like this. I mean they're closely related, but not likely to cross. So, maybe pollen from other cucurbits is getting in and just causing issues.
Location: SW Idaho, USA
Climate: BSk
USDA hardiness zone: 6
Elevation: 2,260 feet
Top

I've had the problem...
I think it's weather related...
Or... Possibly a result of the root knot nematodes.
As you are a neighbor.. Seems like our melons would be afflicted similarly.
Top

That pointed end did have undeveloped seeds in it and the flesh wasn't nearly as ripe as the fat end.
Ph was OK.
The roots were free of nematodes when they were pulled up.
Maybe weather? The year before last the Rattlesnakes grew just fine. I will have to dig into my weather data for those two seasons and see if there's a clue.

Since I posted this I did find a clue in the catalog of a seed company that specializes in growing and breeding watermelons. Willhite Seed out in Texas. There was a line in just a few of their many catalog descriptions that mentioned that the variety was more resistant to thin-ended melons which result in lower marketable yields. So maybe thin ends happen in some varieties.