It was in an area with significant morning/afternoon shade, and as usual, it got spider mites. I think the shade helps to explain the improper pollination (pollinators like sun). However, it looks pretty nice anyway. It has stars and stripes.

The taste is excellent. The seeds are still fibrous, but not quite as fibrous as Carolina Cross #183's. The seeds do have decent flavor, though.

My Carolina Cross #183 (from Burpee) had white seeds initially. I'm not sure if it's supposed to have white seeds. 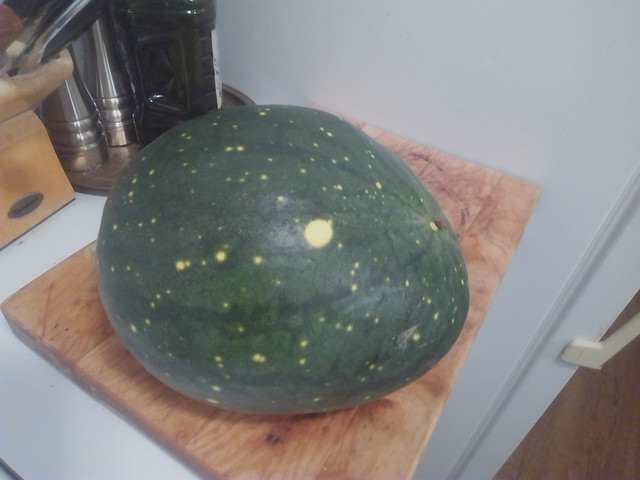 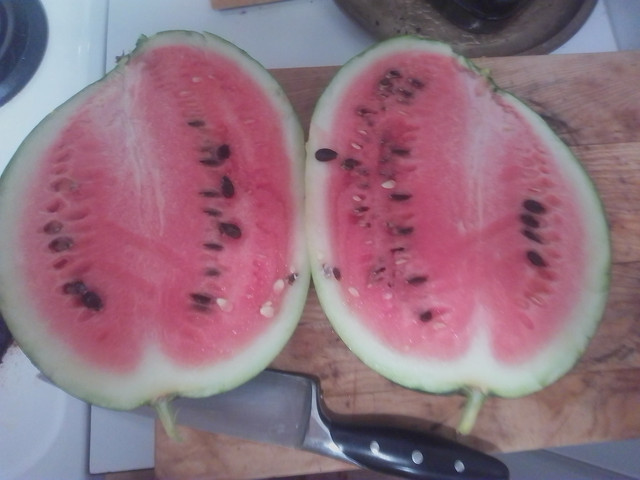