I was just out to take some photos of (and look for more) bitter melons, and I saw these for the first time! No way of mistaking these, for sure. I have seen them in the news, in towns west of Philadelphia, but I am in the range on one map I found online. Now I have to make some of those traps I have seen those people making on those news stories. 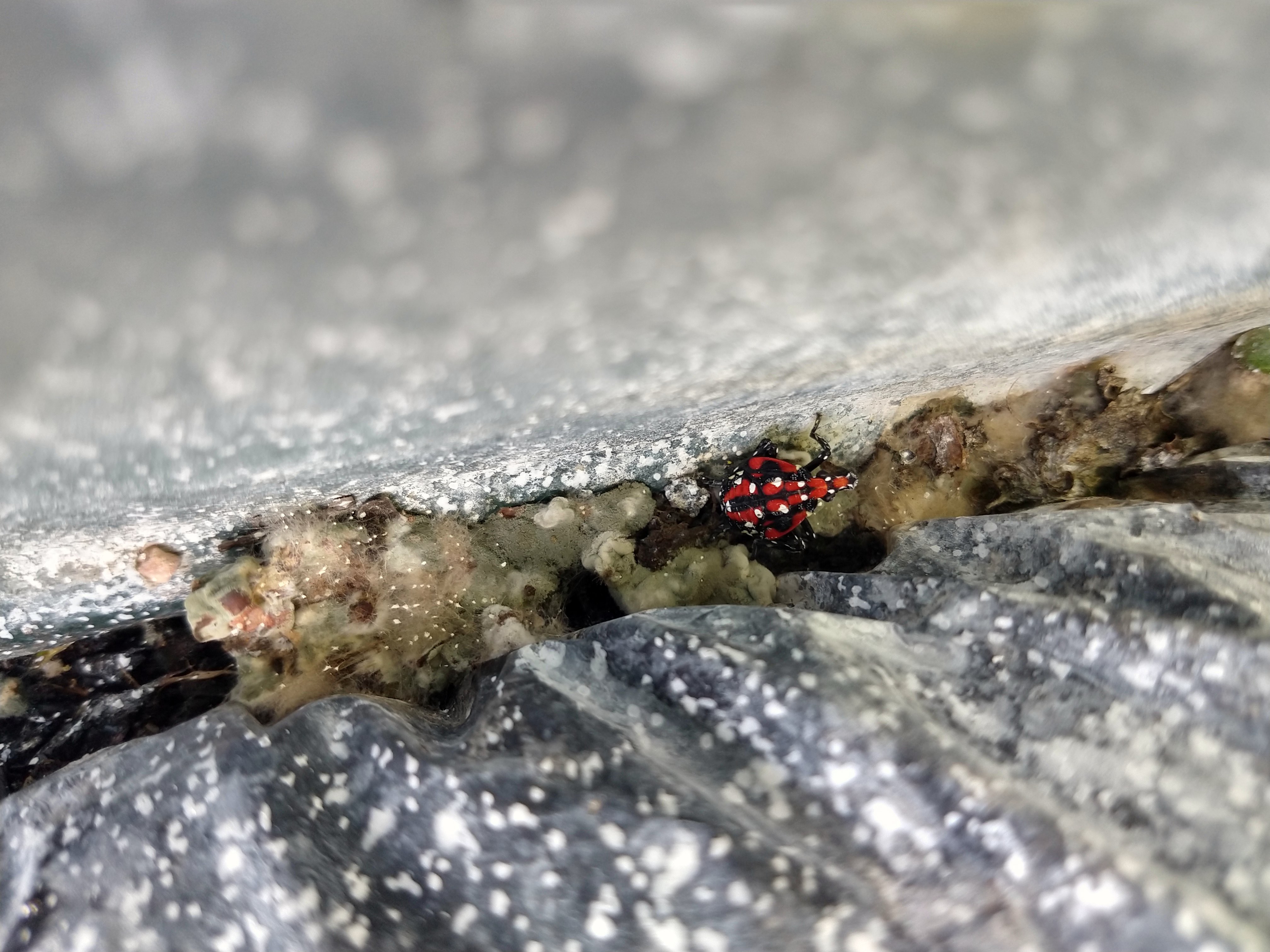 Oh no... that thing is here! The spotted lanternfly.

The first one I saw was on the bitter melon, which is covered with Surround, so that does not bother them at all!
1

Yep, that's a nymph. The article says to report it right away.
0
- Marsha
Top

After reading more about these, I found that the nymphs live up in trees, as a rule, so probably what I'm finding fell of of that tree, overhanging that side of my yard. Then, they go to climb back up the tree, which is why the traps I see plans for are all for wrapping around tree trunks - not really for putting in gardens. I'll keep looking, but I might brush some tanglefoot on the base of those plants - this works with ants and aphids on okra, but that's all I've used it for, in that way.
0
Woodbury, NJ zone 6B-7
Top

Where in hell did this thing come from????
0
Worth
Paul Prudhomme Is The Head Chef In Heaven
Top

I think this one is from Asia...surprise! Not sure if it is directly from there, or from another country, who got it first.
0
Woodbury, NJ zone 6B-7
Top

These are horrible things and infest large trees by the thousands. They were first seen in a county near me in PA and they do not appear to have any predators. They secrete a honeydew as they feed on trees and this attracts honeybees. The bees feed on the honeydew and also pick up some of the pesticide that people use as a systemic drench around their trees. Penn state is finding this pesticide in honey.

Penn state is working on a biological to kill these pests. I hope that it works and soon.

You have to see it to believe it. Look at this photo

They also feed on some vining crops. I have them all over eggplants and cucumbers, as well as on an oak tree. They seem to be killing the cucumbers by spreading bacterial disease. Southeastern Pennsylvania is where it started, but they are reproducing exponentially and moving out along the east coast and have gotten to the Midwest, too. The government control efforts are nonexistent, they are researching, since 2014, and Nothing else, just telling us it is the job of the individual homeowner to control the spread.

They originated from China and Vietnam, and have no predators here, except the homeowners who are after them. Seems like the rest of the country will be seeing them in the next few years.

This is a very destructive pest, especially to grapes but to many other crops and trees, as I have learned from experience. Also, it is no fun to see them everywhere, on plants, trees, porches, decks, screens, sides of homes, and sometimes they come down the chimney and get inside. They don’t bite humans, they just make us miserable and threaten the agriculture and timber industries. Experts predict billions of dollars of losses. The good news is they don’t feed on tomato vines.

I hope they figure out a control soon, or many of you will be seeing them, too, eventually.
0
Top

I'll be watching my eggplants and cucurbits for these things.
0
Woodbury, NJ zone 6B-7
Top
Post Reply
12 posts • Page 1 of 1